Showing posts from October, 2020
Show all

Day of the Dead: Celebrating and Communicating with Your Loved Ones as the Veil Thins 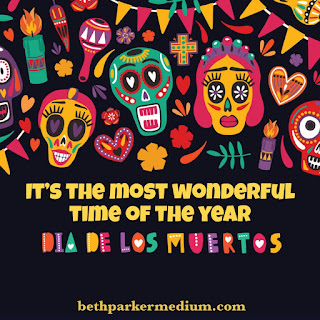 As much as I live for Halloween each year, Dia de los Muertos (aka Day of the Dead) gives me life! My love affair with this traditional Mexican holiday began during my brief stint teaching middle school Spanish. We created a class offrenda to the late Tejano singer, Selena, and I pranked them with some light tricks involving the overhead projector during a super hokey séance. I know there is some Karen out there who is outraged at the thought of her tween snowflake being exposed to a séance funded by her tax dollars, but I refuse to apologize for what turned out to be the highlight of my experience in pre-pubescent purgatory. Sorry, not sorry. Now that I am a professional medium, I make a living communicating with the dead for real (no hocus pocus or pranks involved), and I consider each reading a reunion and celebration. You don't have to be able to see and hear the dead as I do, however, to connect with your departed loved ones in a meaningful way. You can try the activity sugges
Post a Comment
Read more 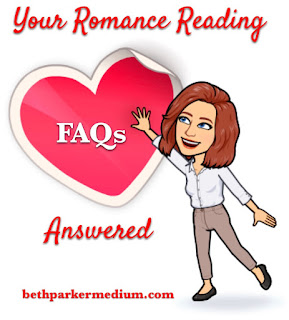 There are a few important things to consider before booking a General Psychic Reading that focuses on your love life. First and foremost, you must be in a good place emotionally, and open to receiving the guidance given by the wise souls governing our time together from the Other Side. The Spirit World always has our best interest in mind, but there is only so much our Guides and Angels can do if we are unwilling or unable to accept the truths that they present to us. If you are feeling emotionally unstable, or perhaps just looking for someone to make you feel better by telling you what you want to hear, as opposed to what you need to hear, you will most likely be wasting your time and money. If deep down you know that a relationship made you miserable but you are not yet able to let go of it, for example, you should put the reading on hold until you are able see and approach things more clearly and logically. The following FAQs should help you better understand what you can expect
1 comment
Read more 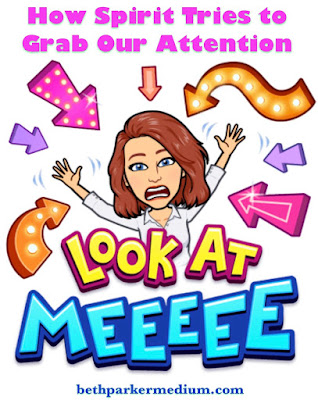 When I began communicating with the dead, I had to learn my fifth language, which I call  Spirit Speak . The difference between this language and the other four that I speak is that it incorporates all of the senses. Tingles, twitches and ear pops are just one component of Spirit’s alphabet. Throughout my life I had trouble with electronics (TVs, radios, laptops and the like) malfunctioning in my presence, but the first physical sign from the Spirit World that I could not ignore was my head tingling. It felt like a very persistent and focused static electricity. This started occurring shortly after another psychic medium told me that I was more psychic than I realized, and that I would be receiving information via my crown chakra. I had no idea what a crown chakra was, but it wasn't long before the very top of my head -where a crown would be- started tingling. When I stopped what I was doing to concentrate on the sensation, the image of someone I knew to be deceased would appear,
Post a Comment
Read more 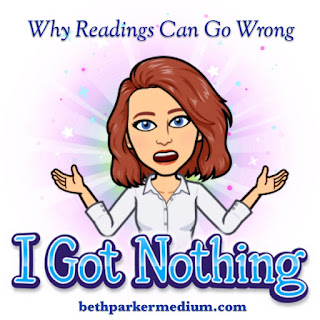 Although it is normal to have a detail or two that doesn't make complete sense over the course of an hour-long reading, it is extremely unusual for things to be so unclear that I decide it is simply not working out as it should and give up the ghost (pun intended). Thankfully, things go very smoothly 99.5% of the time. Out of the hundreds of readings that I've conducted, I can count on one hand the number of times something has truly gone wrong. Hindsight being 20/20, it always becomes obvious to me what was responsible for these short-circuited encounters after the fact. Experience has shown me that different types of readings have the potential to disappoint for different reasons, but any disappointment depends on one or more of these factors: being emotionally prepared for a reading, the quality of the connection between us, being open to the truth (good, bad or ugly as it may be), and having realistic expectations. When a mediumship reading goes awry, it usually has to do w
Post a Comment
Read more
More posts